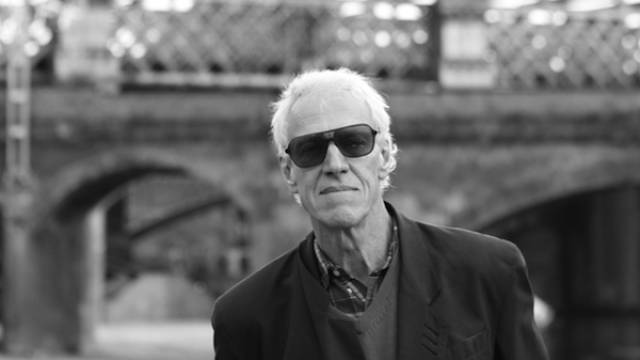 The Corning Museum of Glass has named Swiss studio jeweller Bernhard Schobinger as the recipient of the Rakow Commission in 2015.

Inaugurated in 1986, the Rakow Commission is awarded annually to artists whose work is not yet represented in the Museum’s collection. The commission supports new works of art in glass by encouraging emerging or established artists to venture into new areas that they might otherwise be unable to explore because of financial limitations. It is made possible through the generosity of the late Dr. and Mrs. Leonard S. Rakow, Fellows, friends, and benefactors of the Museum. Each commissioned work is added to the Museum’s permanent collection and is displayed publicly in the Museum’s Modern Glass Gallery.

Recognised as a key figure in avant-garde contemporary jewellery, Bernhard Schobinger’s career spans more than 45 years and he has a reputation for rebelliousness and innovation. By denying his jewellery its function as a status symbol, he uses it as a vehicle for social expression, such as when he links diamonds with objects that may have been retrieved from the garbage, a gesture that brands their glitter, too, as the detritus of a throw-away society.
“It is not often that a jeweller is recognized with the Rakow Commission. Schobinger’s unconventional world view is one of an artist rather than a jeweller, his work extending into the realms of sculpture, photography, and performance,” said Tina Oldknow, senior curator of modern and contemporary glass. “Schobinger does not focus exclusively on discarded materials. Rather, he works, almost alchemically, on creating blends of precious and poor materials in particular proportions.”
Schobinger gathers and processes all kinds of things, which includes discarded objects. From coloured pencils, spent underwear elastic, precious stones, combs, or worn eraser nubs to coins, diamonds, prickly saw files, or poison bottles: all of these scavenged materials are sources of aesthetic and physical richness that challenge conventional histories of body adornment.
The gathered things are the materials from which he starts. He then processes them, cutting, drilling, linking them with other found objects, or combining them with precious materials such as platinum, tantalum, or black diamonds.
Schobinger began his studies at the Zurich Kunstgewerbeschule (School for the Applied Arts) in the early 1960s. The prevailing climate was one of rebellion and confrontation. The early avant-garde movement Dada, which originated in Zurich, was rediscovered at that time, and became the subject of a lively international discourse.
Schobinger was inspired by the Swiss artist Franz Eggenschwiler (1930–2000) to make use of materials that had nothing to do with jewellery, such as shards of glass and pottery, nails, piano keys, screws, and curtain rods, combining these seemingly worthless bits and pieces with precious metals and stones. Schobinger’s jewellery has appeared in over 50 general publications and exhibition catalogues.  His most recent monographs are Glenn Adamson, Florian Hufnagl, and Bernhard Schobinger, Bernhard Schobinger: The Rings of Saturn, Stuttgart: Arnoldsche Art Publishers, 2014; and Roger Fayet and others, Bernhard Schobinger: Jewels Now, Stuttgart: Arnoldsche Art Publishers, 2003.
The Corning Museum of Glass is home to the world’s most important collection of glass, including the finest examples of glassmaking spanning 3,500 years. The Museum recently opened a 100,000-square-foot Contemporary Art + Design Wing designed by Thomas Phifer. The new wing includes a new 26,000-square-foot contemporary art gallery building, as well as one of the world’s largest facilities for glassblowing demonstrations and live glass design sessions.