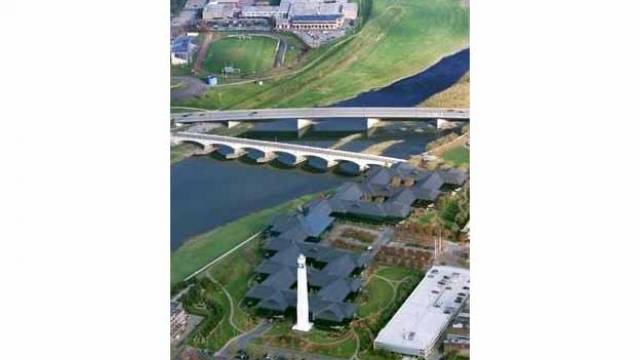 With the last product being made at the end of May, Corning is in the process of shutting down its Refractories Plant after 84 years of production in Corning. Closure has been caused, according to company officials, declining demand for the product and the escalating costs of maintaining the factory.

Corning Inc. has announced that it is in the process of shutting down its Refractories Plant, which has been in operation in the City of Corning for 84 years. The last product was made on 30 May.
The closure will not result in any job losses, the company said, as the Refractories Plant employees are being shifted to the company’s other manufacturing sites.
Corning Inc. purchased the plant in the early 1900s to manufacture clay pots used in glass making. That process evolved into producing temperature-resistant products used in glass-melting furnaces and other applications. The plant was expanded in 1998 to make products for Corning Inc.’s high-purity fused silica business.
Corning announced to the workforce in October the operation would shut down by mid-June, said company spokesman Joseph Dunning.
The Bridge Street facility, part of Corning’s Specialty Materials division, was the company’s only refractory materials manufacturing site.
The facility closure, Dunning said, is due to a declining demand for the product and the escalating costs of maintaining the factory.
Corning will retain ownership of the building to assess and identify any long-term plans for the facility, Dunning said.
The facility’s workforce was unionized and there were 20 people working at the plant. United Steel Workers Local 1000 President Michael Walker said half had been re-deployed to other locations within the company.
“It’s an extremely senior workforce and of those who are left, some may retire,” Walker said. “Two or three are considering other jobs within the company.”
Walker also said the union is satisfied with the manner in which the company handled the shut-down. “They notified us six months ago which allowed us to do a lot of work to inform our members,” he said.