Housing almost 16 per cent of the world’s population – expected to touch 20 per cent by 2030 – Africa is a huge opportunity for glass producers, promising untapped markets where consumers aren’t spoiled for choice. The continent’s second largest economy, South Africa, has emerged one of the largest container glass producing countries. With production capacity exceeding 1 million tons per annum, the country has emerged as one of the most sophisticated container glass producers in the continent. Glass Machinery Plants & Accessories presents an insight of the South African container glass industry in this article. 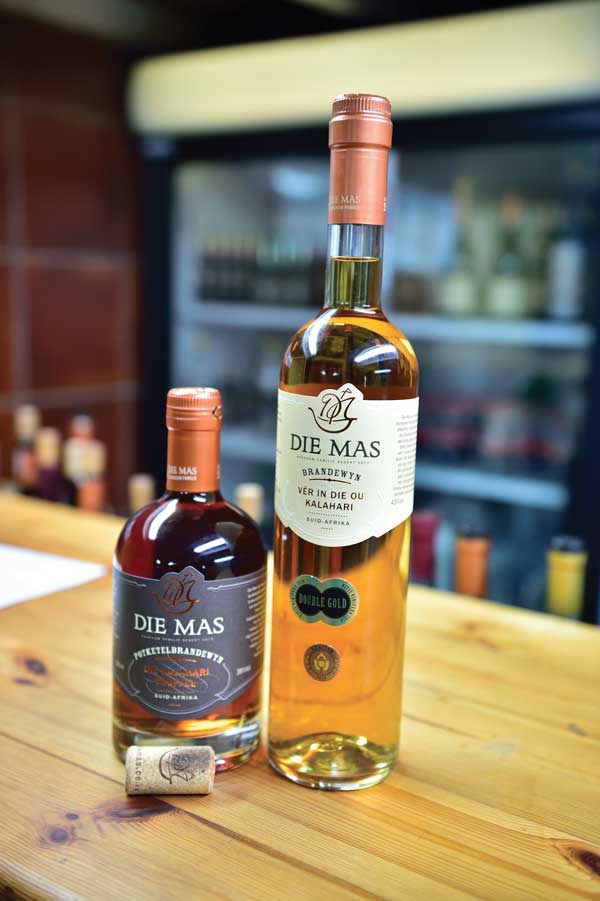 THE SOUTH AFRICAN CONTAINER GLASS INDUSTRY
Over the last few years, South Africa has become one of the largest container glass producers and consumers on the African continent. Two container glass producers, who operate a total of five container glass plants, account for the entire production of container glass products in the country.
In 2018, the container glass industry registered modest growth as the economy contracted and pressure on disposable incomes increased due to an increase in VAT to 15 per cent, fuel price hikes and higher levels of unemployment. South Africa entered a technical recession in the second half of year 2018, which impacted consumer demand and thereby container glass demand. Slowdown in South African economy increased the volume of container glass exports by 31.5 per cent based on value. The country exported container glass worth USD 60.5 million to a number of regional countries.
South Africa’s wine industry, which has made a name for itself in recent years in the global wine market has been one of the catalysts of container glass demand growth in last few years. South Africa is the world’s 7th largest wine producer. Its vineyards account for 4 per cent of global wine output, and volumes have increased 20 per cent over four years to about 420 million litres annually. South Africa’s wine sector, which dates back to the arrival of the first European settlers in the 1650s, employs 300,000 people directly and indirectly and contributed about USD 3 billion to the economy in 2017, according to an industry study. The country’s winemakers are winning new markets around the world, which has proved a boom for container glass producers in the country.
The country’s beer industry is one of the largest contributors to container glass consumption as South Africa remains a beer drinking nation. Beer sales totalled ZAR 54.7 billion in 2017, with 3.2 billion litres consumed. 77.7 per cent of all alcohol consumed in 2017 was beer – while it accounts for 54.6 per cent of the market share in terms of value. The beer market, in terms of both volume and value is larger than all other alcohol categories combined. Africa is one of the most exciting beer markets globally. It has been forecasted to be the fastest growing beer market over the next five years. Africa’s beer market is said to be worth USD 13 billion and has shown year-on-year growth. Despite recent economic headwinds on the continent which has slowed growth in many other sectors, the beer industry on the continent continue to grow steadily. 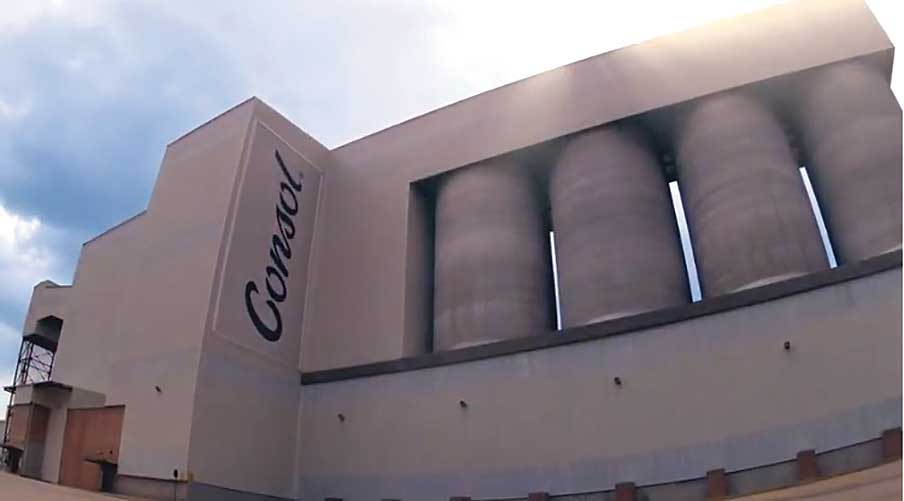 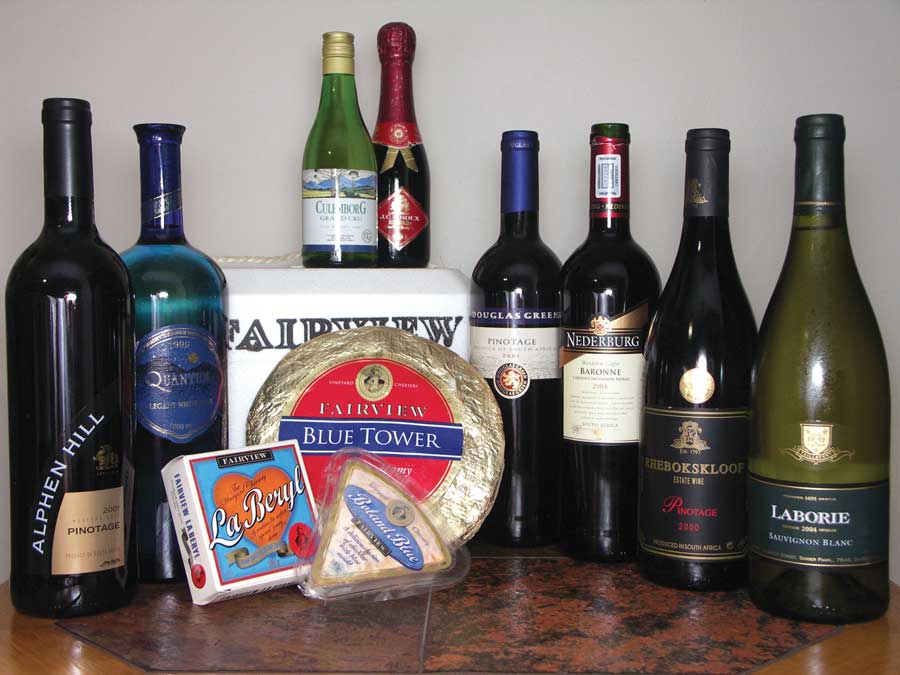 NAMPAK GLASS
Nampak Glass is one of two container glass manufacturers in South Africa, and has a market share of approximately 20 per cent of the domestic market. Nampak Glass operate three furnaces and nine production lines at its site southeast of Johannesburg with installed capacity of 285,000 tonnes. The company has a share of 18 per cent of the beer market, 25 per cent share of flavoured alcoholic beverages, 21 per cent share in the wine market and 67 per cent share of the spirits market.
To meet the growing demand from wine makers, Nampak Glass invested ZAR 1.2 billion in setting up the company’s third furnace in 2014 at its manufacturing facility in Roodekop, Gauteng. This increased the plant’s capacity from 195,000 to 285,000 tons a year. When the Nampak Glass factory was officially opened in 1984 it had a single-furnace capable of producing enough glass for 11 per cent of the South African market. During construction, provision was made for a second furnace, which was added that year. The addition of a third furnace was a significant investment for Nampak as it enabled the company to increase its capacity by 56 per cent, thus strengthening its position in the South African container glass market.
With the addition of the third furnace, Nampak Glass introduced a range of wine bottles that replaces 750-ml wine bottles that weigh 450 g or more with the latest standard of 410 g and some weighing as little as 380 g. This provides customers with more environmentally friendly options in which to export their wine.
The first and second furnaces were built by Metal Box (MB) Glass Works in 1983 and 1986 respectively. Nampak took over MB in 2003 and entered a joint venture agreement with Germany-based Wiegand Glas in 2005. The agreement was entered with the objective of boosting the existing Nampak facility by upgrading and enhancing the production facilities and expanding capacity.
Between 2005 and 2008, the company made investments of ZAR 320 million, towards the rebuilding of the first furnace and implementing narrow neck press and blow technology.
In 2011 Nampak Glass acquired a 50 per cent share from German glass manufacturer Wiegand-Glas for ZAR 938 million.
In 2018, Nampak’s management took a decision to dispose of Nampak Glass as its financial returns had failed to meet required levels due to inadequate skills, high capital expenditure and high fixed costs. The company’s sales revenue in 2018 at ZAR 1,457 million, registered an increase of over 2 per cent over the sales revenue of ZAR 1,420 million registered in 2017.
According to a notification from the company, “Following a careful review of the glass business, challenges in leveraging economies of skill and scale, and significant capital requirements, the board decided, on 16 February 2018, to dispose of the glass business in order to free up cash for potential growth, debt reduction and to enhance free cash flow. Accordingly, Glass has been accounted for as a non-current asset held for sale and a discontinued operation. A formal disposal process is progressing and is expected to reach its conclusion in the first half of the 2019 financial year.”

GLAMOSA GLASS
Established in 1958 in a small factory in Elandsfontein near Germiston, Gauteng, Gamosa Glass is a small tableware and container glass producer. In 1970 a new factory was built in the town of Estcourt Kwazulu Natal from where the company operates at present. Initially Glamosa (Short for Glass Mosaic) produced vitreous glass mosaics in a wide range of colours. Today glass mosaic is no longer produced.
In 1980 Glamosa Glass started manufacturing a new range of lamp shade glass products, including many blown, pressed and spun glass ware products. In 2009 Glamosa Glass identified the need in the glass container market for niche customised short run glass containers.