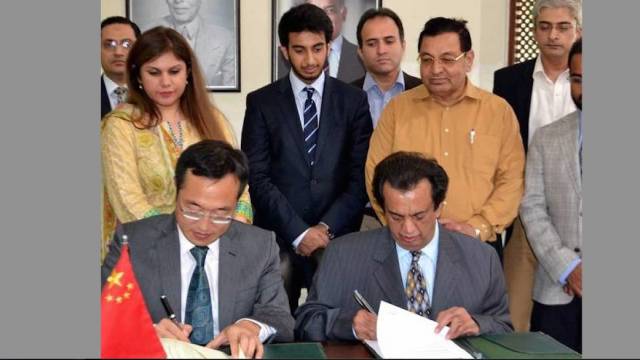 The deal was signed at the Punjab Board of Investment and Trade (PBIT) headquarters, where Chief executive officer of the PBIT, Amena Cheema welcomed the CEOs of both the companies.
Under the agreement, a manufacturing facility will be established near Lahore to manufacture and sell high-quality USP Type-1 neutral glass tubing, vial in Pakistan using advanced technology and equipment.
USP Type-1 neutral glass tubing is a new technology that has excellent chemical resistance and great mechanical strength.
A new company will be formed which will be called Paidar Hong Glass. The new company will produce high-quality Borosilicate USP Type 1 and clear glass tubing under the supervision of highly-skilled Chinese glass technologists and engineers. Total capital commitment will be approximately $9 million.
In addition, two furnaces with 24 tons per day capacity each will be installed along with glass tubing, glass vials and glass ampoule manufacturing machines.
These products are used by pharmaceutical companies for medical and research purposes. The joint venture is expected to help in import a substitution as well.
According to a spokesman for the PBIT, the Board had been in close contact with both companies and played a major role in facilitating the agreement.
The agreement will also lead to creation of 500 direct jobs and many indirect jobs. Commercial operations are expected to begin by June 30, 2017.
Speaking on the occasion, Ju Xin Hong, CEO, Globallink Glass, expressed his appreciation of the PBIT commitment to facilitating the agreement and said similar ventures should be pursued for the benefit of both Pakistan and China.
Expressing her agreement, Ms Cheema praised the strong ties between China and Pakistan and said that such agreements bond well both the countries for the future.