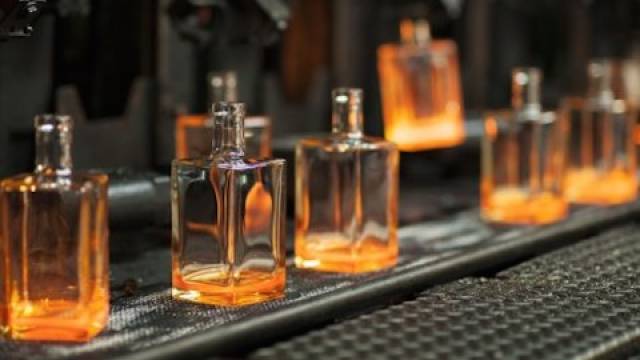 Global alternative asset manager, The Carlyle Group (NASDAQ:CG) has announced it has entered into exclusive discussions with Astorg to acquire a majority controlling stake in high-end glass packaging manufacturer Saverglass, alongside the Management.

Headquartered in Feuquières (Oise, France), Saverglass designs, manufactures and decorates premium glass packaging for high-end Wines and Spirits. Saverglass operates six glass and decoration facilities in France and one in United Arab Emirates (UAE). It employs approximately 2,600 people across the globe. Founded in France in 1897, Saverglass has successfully expanded its footprint globally and sells 400,000 tons of glass per year in more than 80 countries. Saverglass’ savoir-faire, inherited from a long-standing tradition of glassmaking, combined with its innovative design and decoration capabilities is widely recognised across the industry. It positions Saverglass as a partner of choice for premium Wine and Spirits companies.
Loïc Quentin de Gromard, CEO, Saverglass, said: “The exciting and promising partnership envisaged with Carlyle would take place at the end of a challenging period in the Wine and Spirit industry. Saverglass has embraced in the recent years several sizable investments such as the construction of a 100,000 ton glassworks in the UAE as well as a state-of-the-art decoration plant in Arques (Pas-de-Calais, France). Carlyle’s global footprint and expertise will help us to sustain the international development of Saverglass.”
Xavier Moreno, Chairman and Managing Partner of Astorg, commented: “Since 2011, we have led and financed a major step in Saverglass development, and investment in its production capacity, combined with an export driven fast growth in North America and Australia. We have benefited from the remarkable set of skills and dedication of all Saverglass employees and managers. We thank them for the performance achieved. They deserve the credit for the 25 years of successes of this French world champion in high-end glass bottles for Wines and Spirits. No doubt that Saverglass, backed by its new shareholder, will keep its entrepreneurial spirit and growth momentum.”
Jonathan Zafrani, Managing Director, Carlyle Europe Partners, added: “We are particularly impressed by Saverglass’ 25-year track-record and its unique position on the market, supported by its technological expertise, its creative abilities and its quality of service. We are delighted to partner with its management team, support the Group in its next phase of development and to help promote French luxury expertise throughout the world.” Benjamin Deshayes, Director, Carlyle Europe Partners, added: “Saverglass perfectly fits Carlyle’s investment philosophy: the Group has attractive prospects based on the secular growth trends underpinning its markets and has developed a proven business model to meet the needs of its demanding premium customers.”