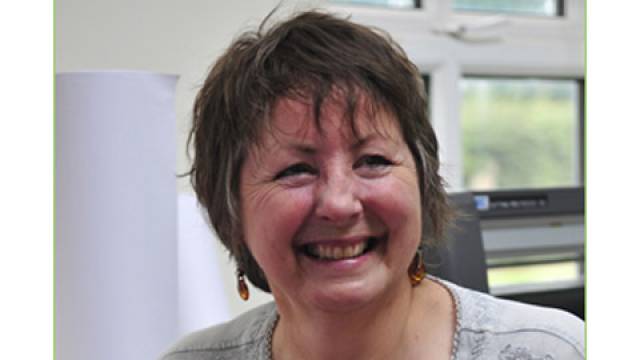 Davia Walmsley will serve as President effective January 1, 2015, and will hold the office for two years.

Davia Walmsley, Creative ‎Director at Daedalian Glass, has been voted in as President of the British Glass Manufacturers’ Confederation.
This will be effective from January 1, 2015 for two years, and will see Davia work closely with the team at British Glass to promote glass as a material in all its forms and applications, raising the profile of the industry.
Davia is the driving force behind Daedalian as co-director and creative head of the business.
Educated at Hornsey College of Art in ceramics and glass, Davia moved around the UK, building her skills and knowledge in glass art, until settling on the Fylde Coast in Lancashire and founding Daedalian Glass Design with her husband, Chris.
Davia has continued to expand her repertoire of glass design skills, travelling the world to learn new techniques and styles in Germany, Switzerland, Italy and America.
Dave Dalton, CEO of British Glass, said: “We are delighted that Davia will be our President for the forthcoming two years.
“With a wealth of experience working in the glass industry and a passion for inspiring the next generation to join the sector, she has much to offer as our President.”
The first female President of British Glass in its 100 year history, Davia is also keen to support the organisations’ Women in Manufacturing initiative, which aims to attract, support and retain women into roles in manufacturing across all job roles and levels.