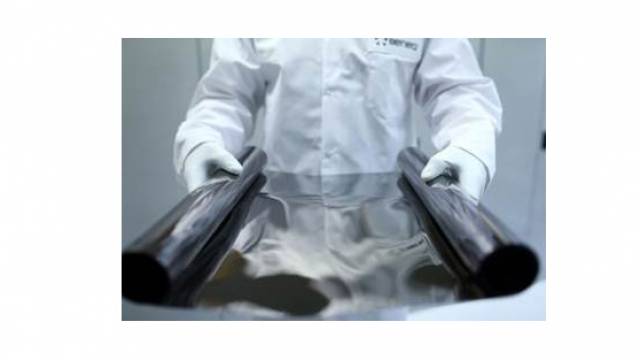 The Centre for Process Innovation (CPI), has selected Beneq’s roll-to-roll ALD unit for their thin-film barrier development platform. Beneq is a leading ALD equipment supplier that has been developing roll-to-roll ALD based on spatial atomic layer deposition (ALD) since 2008. The equipment will be delivered to CPI in England in Q2 of 2014.

Beneq has signed an agreement with CPI to deliver roll-to-roll (R2R) ALD equipment to CPI’s NETPark facilities in Sedgefield in the North East England. Beneq was chosen as the result of a public tendering procedure.
“We are very pleased and proud to have been chosen by CPI as their partner to deliver the R2R ALD system,” says Mikko Söderlund, Technical Sales Director, Beneq. “CPI is a forerunner in the development of ALD-based flexible thin-film moisture barrier technology for demanding flexible electronics applications. They are a perfect partner for us to jointly develop the technology further and make it accessible to the industry.”
CPI has been evaluating R2R ALD technology for several years. “We selected Beneq’s R2R ALD system because we were looking for a scalable and robust platform for our product- and application-specific development and pilot production work. Beneq have years of experience in industrial ALD applications and production to bring confidence to the R2R environment and allow our fast progress in the field. Our first goal is to develop full system technologies and processes to the field of clear flexible barrier encapsulation and substrate materials. Here we see higher performance and lower cost potential that is commercially scalable with inclusion of R2R ALD processing. We also envisage that R2R ALD will play further important roles in various aspects of flexible ‘plastic electronics’, where highly conformal nanoscale thin films are required. We certainly believe the future is bright for R2R ALD applications and we are pleased to collaborate with Beneq to make this a reality and deliver to the global market’’ says Alf Smith, Vacuum Coating Technology Specialist at CPI.
ALD-based thin films are conformal and pinhole-free and therefore ideally suited for demanding thin film applications. Typical application examples include encapsulation of flexible photovoltaics and OLEDs. Cost of conventional multilayer barrier films are prohibitively high for such applications; a single layer inorganic barrier film, can be produced by roll-to-roll ALD technology, providing a cost-efficient solution. With the development of the world’s first commercial roll-to-roll ALD system, Beneq has paved the way for producing ultra barrier films at significantly lower cost.
The Centre for Process Innovation is a UK-based technology innovation hub and part of the High Value Manufacturing Catapult. CPI uses applied knowledge in science and engineering combined with state-of-the-art facilities to enable their clients to develop, prove, prototype and scale up the next generation of products and processes. CPI’s project has been part funded by European Regional Development Funds 2007-2013.