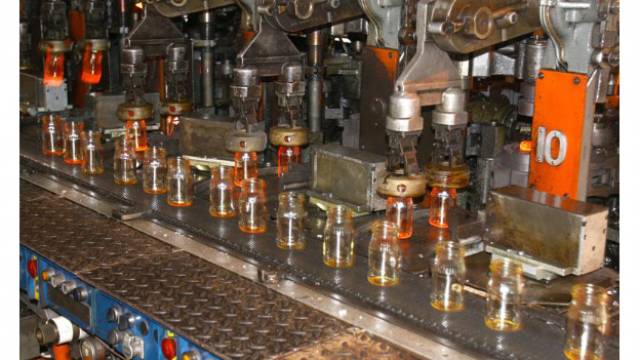 The improvement of operations of Belarusian glass container manufacturers was one of the agenda items at a recent meeting, as the Prime Minister, Mikhail Myasnikovich, believes the industry lacks proper organization.
At present there are five businesses that specialize in making glass containers in Belarus, including Glass Factory Elizovo, which has been partly founded by the state and the Austrian company ATEC Holding GmbH (65%), the state-run enterprise OAO Grodno Glassworks, and the private enterprise Belstekloprom.
According to this year’s report, all enterprises have been operating at a loss, which have been increasing every month, totalling Br 102.7 billion (approx. USD 11 million) in January-August 2013.
Efforts to modernize and reconstruct the glass container manufacturing facilities were aimed in particular at providing Belarusian alcohol manufacturers and the processing industry with quality batch-produced glass containers.
Moreover, exports of glass containers has dropped this year, due to the low competitive ability of Belarus-made glass containers, in turn caused by the high cost of energy resources and raw materials.
The consumption of Belarus-made glass containers is also influenced by the fact that in addition to buying new glass containers, Belarusian alcohol producers also import reusable containers.
The Ministry of Housing and Utilities has been working on the problem of improving the collection and processing of glass cullet together with the Trade Ministry, so as to respond to the needs of Belarusian glass factories.