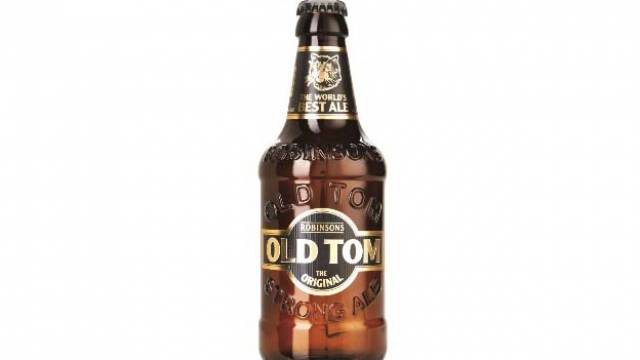 Beatson Clark has manufactured a world-class lightweighted bottle for the world’s best ale – Robinsons Old Tom. Originally designed by Beatson Clark in 2005, the iconic glass bottle has been manufactured at its Rotherham facility ever since.

The world’s best ale now has a world-class lightweighted bottle thanks to independent glass packaging specialist Rawlings and leading glass manufacturer Beatson Clark.
Robinsons Old Tom has twice been named as the World’s Best Ale at the World Beer Awards, and Robinsons Brewery tasked long-standing partner Rawlings to deliver a lightweight version of its classic bottle. Originally designed by Beatson Clark in 2005, the iconic glass bottle has been manufactured at its Rotherham facility ever since.
Sustainability-focused Rawlings, in partnership once again with glass manufacturer Beatson Clark, has supplied a new environmentally friendly, lightweight bottle, allowing the brewery to make savings on raw materials and transport costs.
The new amber bottle weighs 250g rather than the original 282g and features improved embossing of the Robinsons name and Old Tom brand on the glass.
“The benefits of lightweighting, in terms of cost reduction and environmental impact, are significant. With every new project Rawlings undertakes we aim to include an element of lightweighting,” said Tom Wood, Managing Director at Rawlings.
Lynn Sidebottom, Sales & Marketing Director at Beatson Clark, added: “The bottle shape and embossing design are the same as before, so consumers will continue to recognise the distinctive Old Tom bottle.
“However, we have used our new design software to sculpt the embossing, making it more defined as well as easier to manufacture.
“Reducing the weight of a container does not affect quality, but the benefits for the customer and for the environment are considerable.” she added.
Graeme Hall, Operations and Packaging Manager for Robinsons Brewery, commented: “Old Tom is synonymous with Robinsons Brewery and so designing a new bottle that retains its iconic look whilst being environmentally aware was a good challenge.
“Working in partnership with Beatson Clark and Rawlings, and using the latest computer software to aid the design, the new lightweight bottle has managed to retain Old Tom’s charm while ensuring that we can continue with our focus on becoming a more environmentally conscious company.”
Named after the Robinsons Brewery cat, Old Tom is almost as old as the brewery itself. The legend began in 1899 when Tom the cat basked in the sunshine while the Head Brewer sketched him into immortality.
This superior dark ale is recognised both nationally and internationally as one of the most famous strong ales, winning some of the industry’s most prestigious awards including CAMRA Supreme Champion Winter Beer of Britain no fewer than three times.