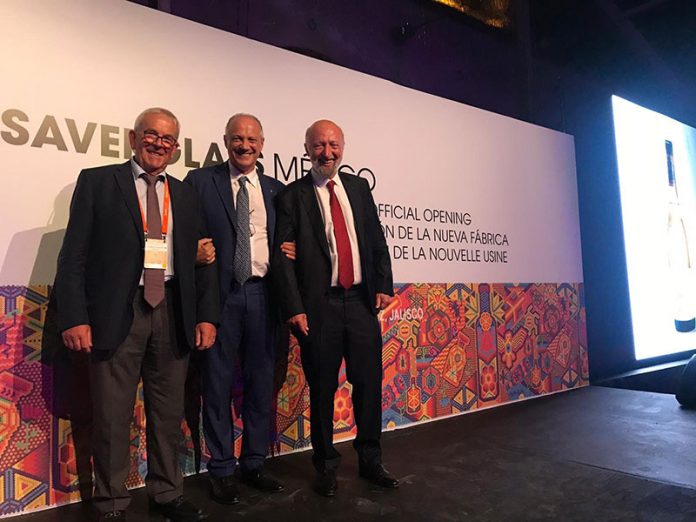 With more than 30 years of collaboration and partnership between BDF Industries and Saverglass, the fifth production unit of Saverglass  has equipment from BDF.

Present in 80 countries around the world, and one of the leaders of top of the range machinery for the hollow glass market, Saverglass Group has decided once again to collaborate with BDF Industries for the machinery and equipment for its fifth production unit.

To intensify its production, and make its product range even more interesting for the American market, in 2018, in fact, Saverglass inaugurated its new production unit in Jalisco, near Guadalajara, Mexico – a strategic position to reduce delivery times for the US and Canada, the Caribbean, and Central America.

BDF Industries has been working side by side with Saverglass for over 30 years, enabling the group to enhance its development of top of the range products and expansion in the area. All companies of the group, in fact, have BDF equipment, such as IS machines, furnace and forehearths controls.

For this new and ultra-modern Mexican plant – which Saverglass considers as fundamental for its development in that area – BDF was chosen as the sole supplier of machinery, automation and service, confirming not only the ‘historical’ trust, but also growth in engineering, design and production of these two companies.

Last but not least, BDF also guaranteed complete installation and assistance with its specialized engineers.

This important Saverglass plant, which employs 300 people, confirms BDF Industries as the only player in the hollow glass market able to offer products, technology and services for melting, forming and automation, providing an “All in One” offer – all over the world.