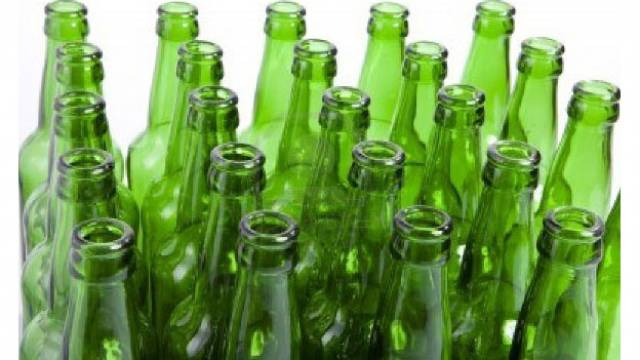 Surveys carried out by Italy’s Assovetro show that the Italian container glass sector is estimated to have concluded 2014 on the increase, with exports of filled glass containers expected to be about 1 million tonnes.

Made in Italy, and more specifically, the products of the food sector, are contributing in boosting the Italian glass industry. Consequently, the production of bottles, jars, and other containers in Italy is growing even faster than that of Germany.
According to the first surveys carried out by Franco Grison of Zignago Vetro, and president of the container division of Assovetro, 2014 is expected to have concluded at +2.7% even if, he says: “these figures are still approximate”.
For a sector in which the market is generally less than 300 km from glassworks, exports are not so frequent. However, compared to production numbers of 3.56 million tonnes in 2013, and demand of 2.2 million tonnes, exports of filled glass containers should be about 1 million tonnes.
The flat glass sector, which involves windows, showcases and auto glass, and which depends strongly on the building and auto sectors, is less positive.
The information on the sector was presented by Assovetro together with the report ‘The container glass industry’s contribution in Italy in social, economic and environmental terms’ carried out by Ernst & Young with regards to the most important European markets for FEVE, the European Federation of Container Glass manufacturers.
With a recycling percentage of 71%, the glass packaging sector employs about 71,000 people (20,000 if we consider connected industries), who manufacture an incredible variety of containers: the precious containers for perfumes, bottles for tomato passata, precious spumante for export, jars for jams and pickles, technical and laboratory glassware, the works of art of Murano maestro glassmakers, and much more.
In the survey, for example: glass bottles and jars have a production value of EUR 1.4 billion, with a daily production of 9,600 tonnes.
Average investments of the 12 companies in 27 production units for container glass have reached EUR 89 million per year, “… above all for environmental improvements,” notes Marco Ravasi from Saint-Gobain.
With regards to the importance of recycling, in 2012, the last year in which data was confirmed, the recycling rate was 71% (the European average was 70%), with 1.67 million tonnes of glass to be recycled collected, putting Italy in third place after Germany and France.
Green and brown glass is made up almost entirely of recycled material, while transparent glass – which needs to be pure and have constant chromatics, uses more raw material.