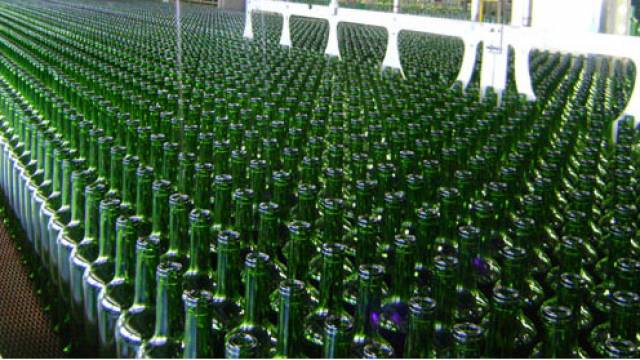 Paul Coulson’s glass and packaging group, Ardagh, is likely to proceed with its long-awaited stock market launch in the second half of 2015.

Irish-backed multinational Ardagh, which supplies bottles to Coca Cola, Budweiser and Heineken, shelved plans to float on Wall Street in 2011, citing market volatility.
However, it said that following a review of its funding options, it would be in the group’s best interests to proceed with plans for an initial public offering (IPO) of its shares in the second half of 2015.
The group is not likely to determine how much it will raise from its planned IPO until nearer the flotation date, but proceeds are likely to go towards paying down its €3 billion-plus debt and on acquisitions.
Given that it is one of the biggest players in its sector in the US and went through most of the formal application process with that country’s stock market regulator, the Securities and Exchange Commission, in 2011, it is thought that it will opt to sell its shares in New York.
Luxembourg-based Ardagh has its roots in the Irish Glass Bottle manufacturing business founded in Dublin in 1932 and has a large number of Irish shareholders, including Mr Coulson, who owns more than 30 per cent of the group and is its chairman.
It makes bottles, jars and tins used in packing everything from beer to salmon, and has businesses across Europe and the US, where last month it completed the purchase of Verallia North America for some €1.3 billion, making it one of the market’s biggest players. As a condition of that purchase, it agreed with US mergers watchdog the Federal Trade Commission to sell a smaller business, Anchor Glass, which Waterford Crystal owner KPS Capital Partners picked up for just under $500 million.
Ardagh reported that sales in the first three months of this year rose 1 per cent on the same period in 2013 to €968 million. Earnings before interest, tax, depreciation and amortisation rose €13 million to €155 million.
Refinancing some debt cut interest payments by €15 million during the quarter. This does not include payments related to the Verallia deal, which was bought using borrowings of more than $1.5 billion.
Revenue from its European glass business was up 2 per cent at €327 million, while in the US it grew by almost 2 per cent to €161 million. Turnover in its metal division was flat at €480 million.