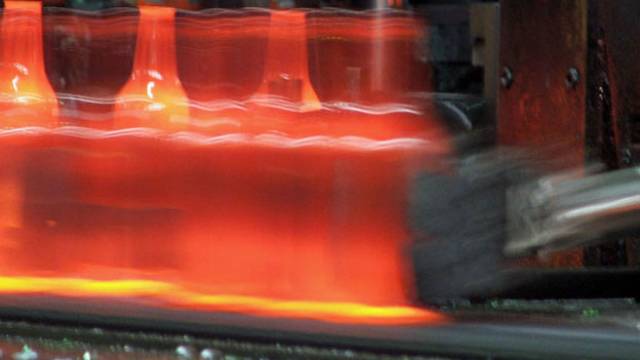 Ardagh Group’s second-quarter earnings before interest, tax and amortisation (EBITA) was up 6% compared to the same period in 2013. For the same period, group-wide revenue was EUR 1,281 million, which is a 28% increase over the second three months of 2013.

Earnings before interest, tax and amortisation (EBITA) at Ardagh Group for the second quarter of the year was EUR 204 million – a 6% increase over the same period in 2013. EBITA for the full year to the end of June was EUR 760 million.
Group-wide revenue over the second quarter was EUR 1,281 million, which is a 28% increase over the second three months of 2013. Stripping out the effects of its VNA acquisition, group wide revenue was 1% ahead of the same period in 2013.
Ahead of an initial public offering planned for the second half of 2015, the company restructured a significant amount of debt in July.
It issued EUR 1,155 million in senior notes with an aggregate interest rate of 4.25% due in 2022; USD 1,110 million in senior secured floating rate notes due in 2019; and USD 440 million of senior notes due in 2021.
The total sum raised combined with the proceeds from the sale of six glass plants in the US, which came to a net USD 480 million, were used to replace more expensive senior notes due in 2017.
In April, the US Federal Trade Commission granted permission to complete the EUR 1.3 billion acquisition of Verallia North America from French company Saint-Gobain on condition it sells the six glass plants.
The company, which is chaired by Paul Coulson, has over 20,000 employees in more than 100 countries.
It said near-term forecasts for its main markets were mixed, with US growth rebounding but Europe remaining relatively subdued.
Consequently, the company said it remained focused on “operational excellence” and achieving cost savings.
European Glass revenue of EUR 356 million in the second quarter was 4% above the same period in 2013.
“Constant currency revenue increased by 3%. Volume/mix in our glass packaging business (excluding engineering) contributed 3% growth in the quarter, reflecting a strong performance in the beer sector and a contribution from our glass investment project, which commenced sales in early 2014.
“Overall selling prices were almost unchanged from the prior year.”
North America Glass Revenue of EUR 372 million was 4% down on 2013, “but constant currency increased by 2%, as revenue growth in the wine, food, spirits and other beverage categories more than offset a decline in beer.
“Pricing increased by 4%, as higher input costs were recovered, while volume/mix declined by 2%.”