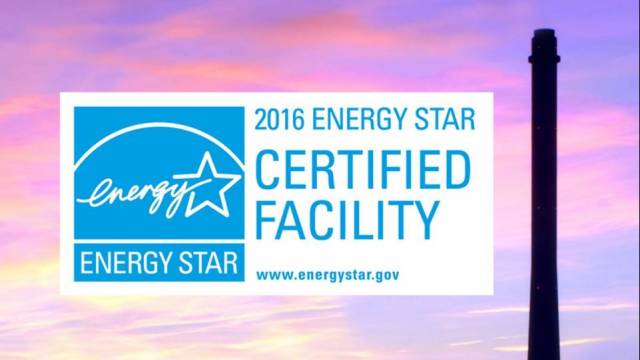 The Ardagh Group distribution center, located in Fairfield, California, has demonstrated superior energy performance and, on average, performs within the top 25 percent nationwide for energy efficiency when compared to similar facilities across the country.
The majority of energy consumption in the Fairfield facility is generated by lighting. The 24 hour, five-day-a-week distribution center has 64 docks, 10,000 square feet of office space, and more than one million square feet of storage and warehouse space. By installing energy-efficient, motion-sensor lighting fixtures throughout the distribution center, Ardagh Group was able to reduce operational costs, while reducing its impact on the environment.
Since 2010, ten Ardagh Group, Glass – North America facilities have received 28 certifications.
“Ardagh Group is honored to earn this prestigious ENERGY STAR building certification at its Fairfield facility,” said John Riordan, President and CEO of Ardagh Group, Glass – North America. “We remain committed to conserving energy and protecting the environment by upgrading our facilities with the most modern, energy-saving initiatives.”
ENERGY STAR was introduced by the EPA in 1992 as a voluntary, market-based partnership to reduce greenhouse gas emissions through energy efficiency. Today, the ENERGY STAR label can be found on more than 65 different kinds of products as well as new homes and commercial and industrial buildings that meet strict energy-efficiency specifications set by the EPA. American families and businesses have saved a total of nearly $230 billion on utility bills and prevented more than 1.8 billion metric tons of greenhouse gas emissions with help from ENERGY STAR.
Ardagh Group’s Fairfield facility, a distribution center built primarily to serve Ardagh Group’s bottling and distribution needs of the West Coast wine, food and beer industries, was recognized for a high level of energy efficiency because the site costs measurably less to operate and improves the quality of the environment by using prudent energy management strategies and technologies.