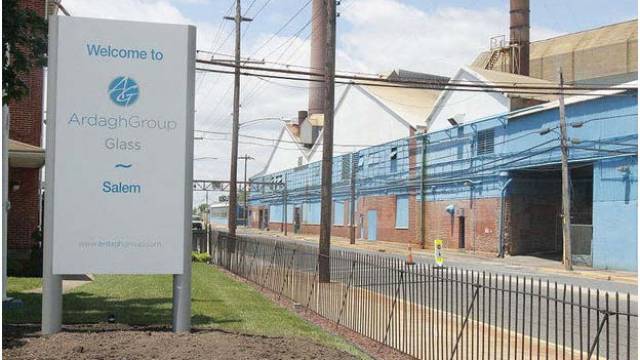 After closing down its glass container facility last week, Ardagh has announced that it does not intend to sell the building. About 300 jobs were lost as a result of the closure.

Ardagh Group, Glass – North America has announced that there are presently no plans to sell its 150-year glass container facility that it shut down last week in Salem.
“At the present time, there are no plans to put it up for sale,” said Paula Polei manager of marketing and communications at Ardagh Group, Glass – North America, in an email Tuesday.
According to Plant Manager Gary Shears, the plant and everything inside will remain relatively unaltered with most of the equipment and machinery staying where it is, sitting inoperative and silent. The enormous facility will sit fruitlessly.
Ardagh Group was asked why it doesn’t plan on selling the facility it pays nearly USD 497,000 annually in property taxes, according to tax records; but instead keep it, stagnant and unproductive, but the company has not responded.
About 300 jobs were lost as a result of the closure.
Company officials said into the evening on Wednesday workers would be draining melted glass from the plant’s furnace and conducting other shutdown procedures to bring the factory safely to a halt.
The plant has roots in the city dating back to 1863, according to a previous article.
And until ceasing full production Wednesday morning, the facility had continuously churned out roughly 1,500 bottles a minute and produced more than 700 million bottles a year, according to Shears.
Shears said despite the closure, a post-shutdown maintenance crew will remain for the weeks to follow.
But what the future holds for the facility in the long term still remains unclear.