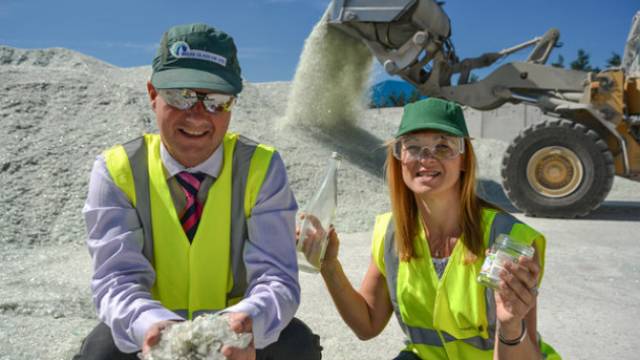 Ardagh & ‘Reuse’ received a “highly recommended” award for an innovative method of capturing of a significantly higher portion of flint (clear) cullet for remelting into new bottles and jars.

Judges described the project as an excellent example of cradle to cradle packaging, where a glass bottle or jar is collected on the doorstep or bottle bank, returned as high quality cullet to the glass manufacturer, and made into a new container without any loss of quality or performance.

“Against strong competition from many projects and organisations throughout the UK we were highly delighted by this accolade, which recognises the contribution that our companies and the industry is making towards a more sustainable supply chain in the critically important food and drink industries,” said Ardagh Group’s Glass UK Head of Procurement, Adrian Davies.

Using advanced state of the art cullet colour separation technology, the partnership has increased the recycled content of glass packaging produced at Ardagh’s Doncaster plant in 2014, with every individual glass bottle or jar having an average recycled content of 53 per cent during the final 6 months of 2014 against an average recycling rate of 26 per cent during the same period in 2013.

The project has also had a positive effect on customer relations through involvement with leading food and drink brands supplied from Ardagh’s Doncaster plant.