Saint-Gobain announced it had started exclusive talks with Apollo to sell the bottle and jar-making unit Verallia, adding that BPI was negotiating the acquisition of a minority stake in the unit.

French state-owned fund BPI plans to buy a 10% stake in Saint-Gobain’s (SGO.FR) bottle and jar-making unit Verallia, while private-equity firm Apollo Global Management Ltd. would take the rest in a deal that values the company at almost 3 billion euros ($3.36 billion), a person close to the matter said Friday.

BPI’s investment committee approved the acquisition of a 10% stake in Verallia on Thursday, the person said. The sovereign fund would pay a price proportional to the one Apollo will pay, the person added.

Saint-Gobain has been trying to divest Verallia for several years, and has considered a number of options, including spinning off the glass-bottle and jar maker through an initial public offering.

The sale is part of a strategy led by the company’s chief executive, Pierre-Andre de Chalendar, to focus on construction materials, a market where the company can develop high-performance products, while withdrawing from more competitive areas such as bottle manufacturing.

Verallia in 2014 generated an operating profit of EUR230 million on revenue of EUR2.39 billion, excluding its North American operations, which Saint-Gobain sold separately two years ago for EUR1.7 billion. 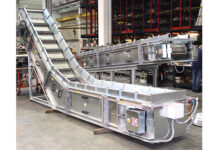 An overview of the Glass Problems Conference