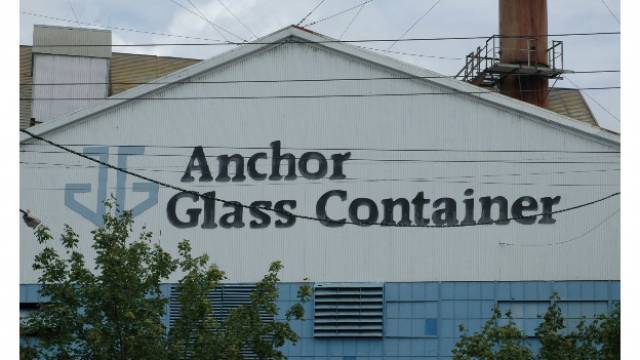 EveryWare Global, the parent company of Anchor Hocking, has announced that it will shut down all of its US plants to reduce inventory and improve its liquidity, with an eye toward resuming manufacturing in three to four weeks.

Anchor Hocking’s parent company EveryWare Global Inc. has announced that it will shut down all of its US plants for three to four weeks amid financial instability.
EveryWare Global is furloughing “a number of hourly and salaried employees” to reduce inventory and improve its liquidity, with an eye toward resuming manufacturing in three to four weeks. However, in the company’s financial earnings report for the first quarter, it also stated, “There is therefore substantial doubt regarding our ability to continue as (an ongoing) concern,” based on being significantly behind on its debts.
EveryWare reported a loss of USD 38.4 million in the first quarter of 2014, a year after turning a USD 200,000 profit in the same quarter of 2013. The company cited an increase in costs based on higher-than-expected utility expenses during a harsh winter and lower production levels. Operating expenses went up by 26.7% – to USD26 million – over the previous year. The company blamed employee separation expenses and consulting fees for the increase.
Although not specifically mentioned in the company’s news release, the Lancaster plant had to lay off workers after a fire in January shut down one of its production lines. At that time, the shutdown was meant to last about a month. The company didn’t release a number of employees to be laid off.
Meanwhile, revenue also declined by USD 4.5 million, or 4.5%, during the first quarter of this year.
Further, the company announced it is in default of its consolidated leverage ratio under an agreement governing its USD 250 million loan. If not cured or waived by 25 May, lenders could foreclose and prevent the company from further borrowing. The company still is negotiating with its lenders, but indicated it doesn’t expect to be in compliance with its loan terms for the remainder of 2014.
“If we do not obtain a waiver or forbearance and an amendment from our lenders or equity contributions sufficient to utilize the equity ‘cure’ provision in the Term Loan, the Term Loan Agreement will become subject to acceleration by the lenders. There is therefore substantial doubt regarding our ability to continue as (an ongoing) concern,” the company’s statement said.
Anchor Hocking is Fairfield County’s second-largest employer. It had 1,148 employees at the end of 2011, the most recent year for which numbers are available.
“While our results over the past several quarters have been disappointing, we are taking actions that we believe will better position us for future growth,” EveryWare interim CEO Sam Solomon said in the statement. “We intend to resume manufacturing in three to four weeks and as usual during plant shutdowns, we will continue to service our customers and distribute products from existing inventory. While our initiatives will take time to have an impact on the business, I remain confident in the long-term prospects of this business.”
EveryWare manufactures Anchor Hocking and Oneida-brand glassware. In addition to the Lancaster plant, it owns five other locations in the US, including a factory, distribution centres and sales offices. It also has locations in Canada, Mexico, England and two in China.