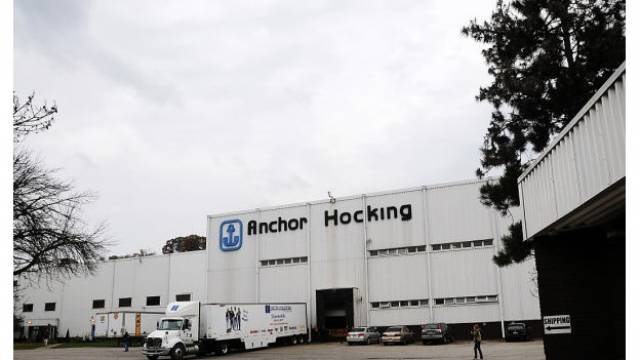 Anchor Hocking’s parent company EveryWare Global has filed with the US Securities and Exchange Commission regarding its decision to permanently close its glassware plants in Monaca, Beaver County, and Lancaster, Ohio.

According to a filing with the US Securities and Exchange Commission, Anchor Hocking’s parent company will make a decision in mid- to late August regarding the permanent closure of its glassware plants in Monaca, Beaver County, and Lancaster, Ohio.
EveryWare Global Inc., which manufactures Anchor Hocking and Oneida Glassware, gave the SEC and its workers a 60-day notice required by federal law that it may close the plants, along with a distribution centre in Savannah.
“Whether the company will permanently close the facilities depends upon whether the company is able to resolve its existing liquidity issues,” the filing said. Officials at EveryWare could not be reached for comment.
The notice said the company had not decided whether to close the plants. That will depend on whether it can put its finances in order after going into default on a USD 250 million loan at the end of March. If the company does decide to shutter the facilities, it will be within a 14-day period starting on 11 August, according to the filing.
EveryWare furloughed about 450 workers at Monaca and 1,100 at Anchor Hocking’s Lancaster headquarters on 15 May, after announcing the loan default. The company said the furloughs were an effort to reduce inventory and improve liquidity.
The company announced on 31 May that it had negotiated deals, including a forbearance until 30 June, with several of its lenders allowing it to stay in business, and reopened three of its six production lines in Monaca early this month in response to customers’ orders.
Products at the Monaca facility include vodka and wine bottles, vases and specialty products such as the “boot” mugs used by Texas Roadhouse restaurants.