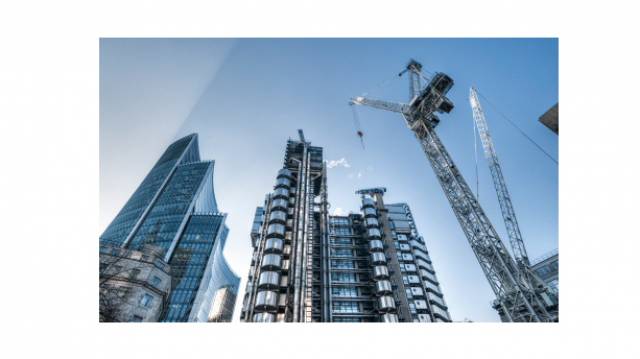 Labour shortages in the construction industry remain significant and widespread

The US Associated General Contractors (AGC) and Autodesk have released new data showing the severity of the labour shortage nationwide.

According to the 2018 Workforce Survey Results, which questioned more than 2,500 respondents, 65% of firms reported finding it more difficult to fill installer positions compared to one year ago. Sixty-two per cent of firms found it more difficult to fill ironworker positions compared to one year ago. The five toughest craft positions to fill are pipe-layers, sheet metal workers, carpenter, concrete workers and pipefitters/welders.
Association officials said shortages pose a significant risk to future economic growth and they released a new workforce development plan to solve the growing problem.
“Labour shortages in the construction industry remain significant and widespread,” says Ken Simonson, AGC’s chief economist. “The best way to encourage continued economic growth, make it easier to rebuild aging infrastructure and place more young adults into high-paying careers is to address construction workforce shortages.”
Forty-seven per cent of respondents rated the adequacy of the local pipeline for supplying craft personnel who are well trained/skilled as poor. Only 15% found it to be good or excellent. Of the total respondents, 23% found the local pipeline poor for supplying craft personnel who are able to pass drug tests and 15% found it poor for personnel able to pass background checks. Around half of respondents reported that the pipeline was fair for both attributes.
Craft worker shortages are severe in all four regions of the country. In the West and South, 81% of contractors reported having a hard time filling hourly craft positions, almost identical to the 80% rate in the Midwest and 77% rate in the Northeast.
The labour shortages come as demand for construction continues to grow.
“Construction employment expanded between July 2017 and July 2018 in 281 out of 358 metro areas that the association tracks – more than three out of four – according to a new analysis of federal construction employment data,” says Simonson. “Growing demand for construction workers helps explain why 81% of firms report it will continue to be hard, or get harder, to find hourly craft workers this year.”
Many contractors reported losing hourly craft personnel to other employers. Fifty-one per cent said they lost employees to other construction firms and a quarter of contractors reported losing workers to other industries. Thirty-six per cent of contractors reported that they were not losing hourly craft workers to other employers.
In an effort to increase hiring of hourly craft positions, 62% of contractors increased their base pay rates, while 25% provided incentives and bonuses. Around a quarter of contractors reported increasing their portion of benefit contributions and/or improved employee benefits.
Methods to reduce onsite work-time such as lean construction and building information modelling (BIM); labour-saving equipment such as drones, robots or 3-D printers; and added specialists such as architects or BIM personnel are some ways contractors are replacing workers or skills due to the continued labour shortage.
Forty-seven per cent of firms report they have put higher prices on their bids and 44% report that already-underway projects cost more because of labour shortages. Forty-six per cent report it takes longer than originally scheduled to complete projects and 27% report they are putting longer completion times into their bids because of workforce shortages.
The association also released a new Workforce Development Plan that identifies steps federal officials should take to support construction workforce development, including doubling the funding for career and technical education over five years and allowing more people with construction skills to legally enter the country. The plan also outlines new recruiting steps the association is taking, including launching a targeted digital advertising recruiting campaign and investing in innovative workforce solutions.