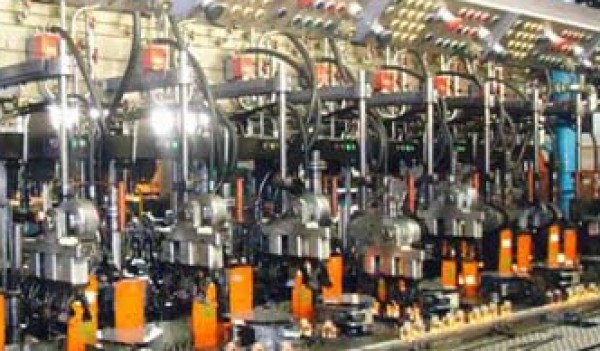 Vitro Containers has started up its second 10-section triple cavity production line in Toluca, dedicated to supply the fragrance, enamel and cosmetic markets in general, thus continuing to consolidate its productivity through new machinery.
The new production line began regular operations 26 August at Vitro Cosmos.
“Vitro decided to make the adjustments necessary to enhance the production capacity of one of its 26 production lines in Cosmos in order to meet its customers’ requirements,” said Alejandro Becker, Operations V.P. at Vitro Containers.
According to Eduardo Armas, manager at Vitro Cosmos, the plant increases its unit production capacity by 15% by launching this new production line.
“For its operation, the new line requires four additional employees in the transformation area, as well as 24 more people at the cold end. This new team joined a total workforce of 2,800 people at Cosmos,” he said.
Juan Farías, Vitro Containers Technology director, stresses the importance of enhancing the capacity of the production lines for certain high-volume products in cosmetics and fragrances.
“We had to take the step to integrate more productive machinery and that is why it was developed jointly with input from the commercial, manufacturing, logistics and technology areas to coordinate a project that expanded capacity at Cosmos,” he said.
Shlomo Frymerman, general manager for the Medicinal and Fragrance business at Vitro Containers, states that this project reinforces the company’s commitment to supply customers’ current and future needs in a timely manner through greater flexibility in the continuous development of technology modernization projects to increase the productive capacity.
“We have been working very hard in different markets, both in the United States and the markets in Central and South America with an excellent response from customers. The expectations we have for CFT for the market in 2011 are very interesting and challenging,” he concluded.