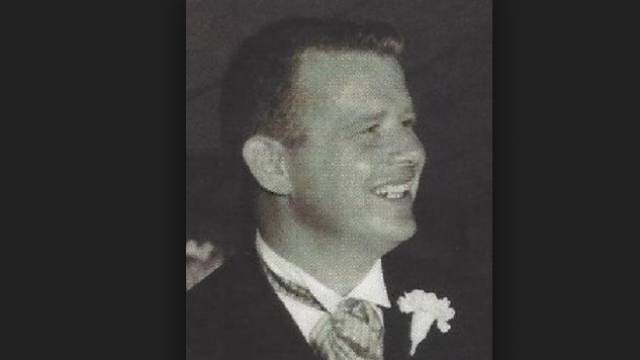 Jerry began a lifelong career in the glass industry after graduating from Miami in 1957. He spent almost four decades with Libbey Glass touring the world as a salesman and designer of high end drinking glasses, tumblers and fancy wine glasses. As he rose to the position of international sales and marketing manager, he lived in New York, New Orleans, Houston, Philadelphia, Kansas City and Toledo. His many industry honors include three national first place awards for best promotions. They were for clients Marathon Oil, McDonalds and for the design of the “uncola” glass for 7-Up. After retiring from Libbey, he worked another 10 years in a similar capacity for Anchor Hocking, commuting from Toledo to Lancaster, Ohio. He also started his own consulting company and worked until he was 79. His favorite annual pastime was surf casting off the island of Nantucket and weekends with family at Clear Lake, Indiana. Sixteen years ago he and his wife, Carlyn, moved to Westlake to be near family. In business he was known by his middle name, Jerry, and later by the nickname “Obie.” In retirement he was finally known by his real first name, “Dan.”
Memorial contributions may be made to Wounded Warrior Project, P.O. Box 758517, Topeka, Kansas 66675, Sisters of the Humility of Mary HAITI FUND, P.O. Box 534, Villa Maria, PA 16155 or to a charity of one’s choice.