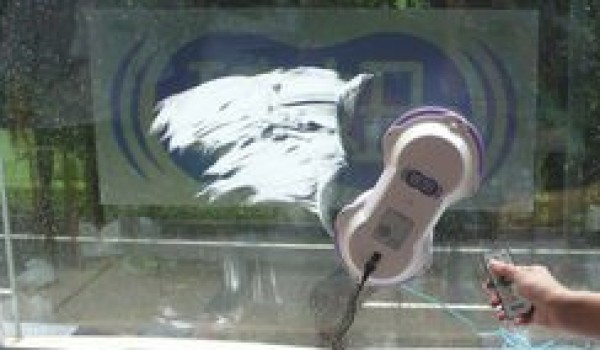 The Winbot window-cleaning robot has been launched in Taiwan. It can operate at least five times faster that human window cleaners.

A window-cleaning robot that won a gold medal at the 2010 iENA Nuremberg International Trade Fair has been launched in Taiwan. The “Winbot” as it is called, is a creation of local inventor Chao Chih-mo, and uses magnets to attach to windows up to 10mm thick.
The 8-shaped eraser robot, which is priced at less than USD 330, can operate at least five times faster that human window cleaners. It is also able to detect the area to clean thanks to using automatic navigation technology and infrared sensors.