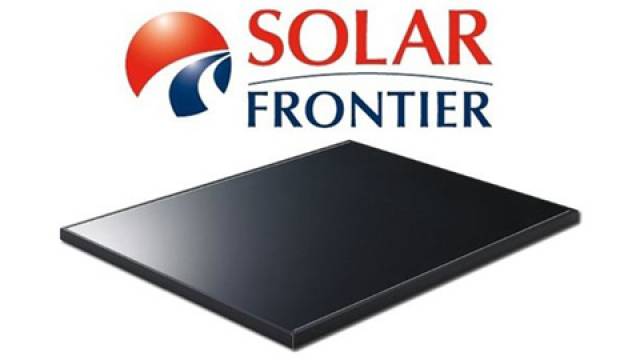 Despite heavy competition between U.S. and Chinese solar panel makers pushing prices lower, Solar Frontier KK, the solar cell manufacturing unit of oil refiner Showa Shell Sekiyu KK, has its sights set on the North American market with plans to build a factory in New York. Solar Frontier said the new factory will be located in Buffalo, New York, and will likely start commercial operations around 2018.
Atsuhiko Hirano, Solar Frontier’s president, said his company is studying the feasibility of joint research and development and manufacturing of solar cells with the State University of New York.
Dispelling the notion that Japanese products are significantly more expensive than their rivals, Mr. Hirano said Solar Frontier has the ability to be a contender in North America. The company’s panels have a copper indium selenide (CIS) film on glass instead of a conventional silicon-base. Solar Frontier’s other strength is its spattering technology, which can form circuits on normal glass, whereas other thin-film solar cell producers use more expensive high-end glass for electric devices such as smart phones.
Solar Frontier was set up in 2006 by Showa Shell as an effort to diversify its energy business amid falling oil demand in Japan.
Mr. Hirano said solar power-related costs have fallen sharply in the U.S. to levels where power generators only need modest financial help to make generation worthwhile. In some states where sunlight is plentiful, electricity prices from utility-scale solar power stations are cheaper than the average power price.
Data from the U.S. Energy Information Administration show that solar was the second largest type of new power capacity across the country in 2013, and in six states such as Arizona and Nevada newly added power capacity was 100% solar. Solar power cost 0.11 USD per kilowatt-hour in 2013, roughly half the 0.21 USD per kilowatt-hour it cost in 2010, according to the U.S. National Renewable Energy Laboratory.