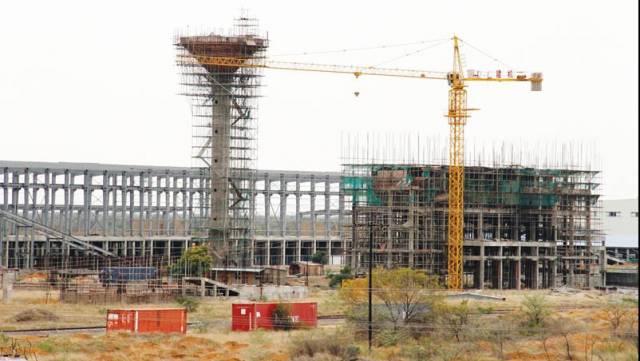 The controversial glass project that cost the Botswana Development Corporation (BDC) over P500 million will finally be auctioned this week.

The auction brings to an end any hopes that the project would be revived and provide jobs for the local community. Sources close to the project say the two companies that showed interest in the project early last year did not offer any solid commitment. One of the companies was from the USA whilst the other was from China.
“It is final, the project is not going to materialise, it’s a dead one and BDC should try something new,” said a source. The meetings held last year were the only hope.
The provisional liquidator for the Fengyue Palapye Glass project, Nijel Dixon-Warren, confirmed that his meeting with two potential buyers last year did not bring any desired outcome.  “Unfortunately none of the interested parties came up with a substantive offer so we are in the process of auctioning and selling everything related to the project,” he said this week.
Dixon-Warren said they have engaged an international company with expertise on online auctioning and once they are done with the process they will then sell the remaining goods onsite. The website is: www.clearasset.co.za.
Dixon-Warren was not sure how much the goods will fetch but said they will be sold in lots and that they have been sitting on site since 2012. They are expecting to fetch between P25 million and P180 million for the property which will be auctioned around end of March.
“We are expecting the property to cost in the range of P25 and P180 million,” he said. The 100-hectare property is located adjacent to the Serowe-Palapye junction.
Among the goods on site are float glass plant and equipment, coal gasification plant, construction plant, and oxygen plant.
The project stirred controversy after it emerged that the Chinese company that was in partnership with BDC was a shelf company with no experience at all in glass manufacturing, and there was confusion as to which company was in the project between Fengyue China and Fengyue of Cayman Islands.