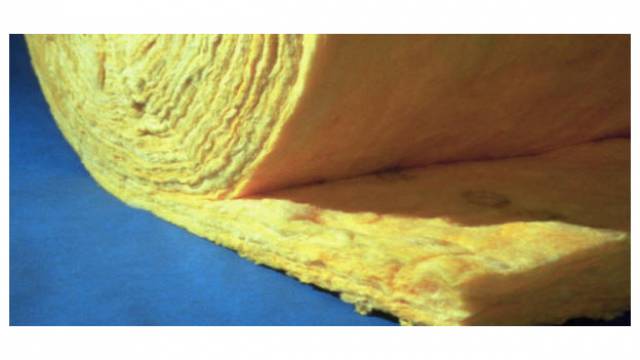 The long-term stagnation in Europe’s insulation market continues. In 2015, the industry for insulation materials in Europe suffered a decline of 2.2% in quantity and 0.2% in value.

A stronger recovery for the industry is not expected sooner than 2017. According to a study by Interconnection Consulting, the current weak demand is mainly due to the sluggish construction market.
In Western Europe, the number of completed houses dropped by 470.000 since 2010 and now amounts to 947.646. In the renovation segment revenues have also been continuously falling since 2010 (2015 : -0.8% ). Only the non-residential sector was able to increase its sales volume by 3.1% in value last year. The consequence: in Western Europe, last year the sales of insulation fell by 0.3%. It is mainly thanks to the UK that the decline was not larger. In 2015, the construction boom there increased sales of insulation materials by 4.5%, while thanks to the strong pound, revenues calculated in Euros rose by 16.5%, which generally helped Western Europe achieve a growth of 4.6% in value. In 2015, the DACH region had to accept stagnating sales as well as a drop in turnover (-1.7%) in the insulation market. Above all, the decline in renovations (-5.4%) is costing the industry serious losses. Interconnection justifies the “reorganization fatigue’ of households with the pessimistic economic sentiment and the associated increasing fear of job loss in many families. In Scandinavia, the decline in completions of residential buildings in Denmark, Norway and Finland resulted in a drop in sales of 2%.
Market collapse in Russia – Eastern European countries experience slight increase
The insulation market in Russia registered a decrease of 13.2% last year. The deteriorating economic situation of the country leads to fewer investments and thus fewer new buildings. Overall, the insulation market in the economic region ‘Russia -Turkey’ fell by 7.7% in quantity and 5.7% in value in the past year. Eastern Europe was the only region which noted an increase in sales (1.2%) and turnover (0.8%). The reason for this was a slight increase in the completion of buildings. Throughout Europe the greatest demand for insulation materials lies in the residential sector. Last year, residential construction held a share of 61.4% in the insulation market. In contrast, non-residential construction is steadily losing ground. Since 2012, the turnover has decreased in this field by almost two percent.
Redeployment of insulating materials is underway
The demand for polystyrene particle foam (EPS), commonly known under the name Styrofoam and XPS (extruded polystyrene) is gradually decreasing in the building insulation sector. In 2015, the total market share of EPS and XPS constituted 38.7% in quantity. Instead of these materials, mineral wools such as stone wool or glass wool are being increasingly used. Thus, the market share of stone wool increased to 25.5% in 2015, which was 0.4% higher than in 2012. The fact that the increase failed to be even higher is due to a decline in the previous year. By 2018, however, annual growth rates of 1.5% are expected as far as stone wool is concerned. Probably the most important reason mineral wool is used instead of EPS is fire safety, because mineral wool is non-combustible. “Alternative materials for conventional insulation will play an increasingly important role in the upcoming years,” says Laszlo Barla. Thus, wood is already being increasingly used as an insulating material (market share: 5.1%). Other products (e.g: straw, sheep’s wool) are more expensive and need the necessary know-how during the installation process, but, according to Interconnection’s forecasts, these products show growth potential despite a stagnation in the last year.
The study by Interconnection divides the 24 studied countries into five regions: the DACH region (Germany, Switzerland, Austria), Western Europe (Italy, France, Spain, UK, the Netherlands, Belgium), Scandinavia (Denmark, Norway, Sweden, Finland), Eastern Europe (Poland, the Czech Republic, Bosnia and Herzegovina, Bulgaria, Croatia, Romania, Serbia, Slovakia, Hungary) and Russia-Turkey.
For more information visit www.interconnectionconsulting.com.